All watch lovers hunt a holy grail – it can be a desirable, limited, collectable, costly, rare; perhaps custom made or the first of its kind. What most of these watches have in common is one thing: everybody dreams of owning one…

From “Dr. Girard & Schild” to Eterna

In November 1856, Dr. Joseph Girard & his friend Urs Schild founded a so-called ébauche factory and named it – “Dr. Girard & Schild”. Their concept was to produce raw watch movements for other companies to buy, and to put it frankly the products made by “Dr. Girard & Schild” became highly sought after. 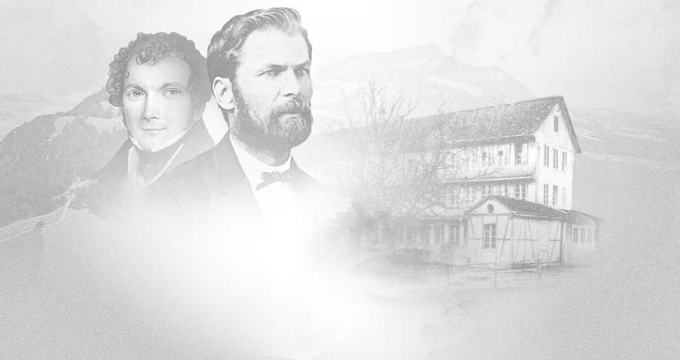 Despite this success, Dr. Joseph Girard retired in 1866 and left the entire company to Schild. As the new one in charge, Schild went on to design and produce the company’s first fully in-house made watch. In fact, he even changed the factory name to become “Präzisionsuhren-Fabrik Gebrüder Schild” (Precision Watches Factory Brothers Schild) as his brother Adolph had since joined the company. From 1878 onwards, from the first watch collection – which was made and produced in “Präzisionsuhren-Fab Gebrüder Schild”. Ever since, Eterna is marked on the dial of every new watch made there. 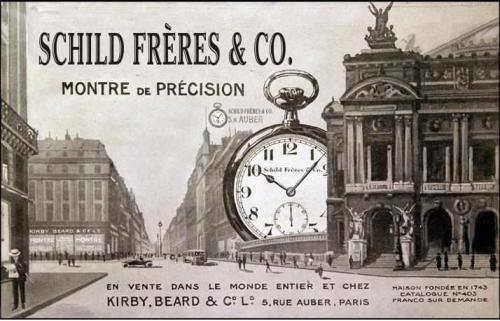 In 1888, Urs Schild died only 58 years old to leave his son Max in charge of Eterna. Soon after his father’s death, the young Max went to the United States of America on a business trip. This trip must have given the young Max food for thought, as he upon his return to Switzerland brought forward a new idea for watch making:

Max wanted to introduce a craftsman machinery production of watches. The existing watch industry took this idea as an offence, due to the fact that machine made watches was considered to be blasphemy. Eventually, Swiss made watch production were all going to use machines in the making of watches, but since Max proved to be way ahead of his time, he never came to experience the realization of his personal “contribution” to the industry. In the late 1890’s he quit the company as a disenchanted man leaving a brother Theodore to steer Eterna into the 20th century.

ETA a product of Eterna

In 1932, Eterna launched a subsidiary company and named it ETA. The reason behind establishing this company was simply that Eterna for decades had been producing watch movements for other companies to use. Since the company “Dr. Girard & Schild” was established, the export of watch movements had been a great success and a product with quite a few market shares. But as Eterna began to make its own fully in house produced watches by the late 1870’s, it became obvious to Theodore that separating the two production lines would be needed to allow for differentiation between the quality represented by the ETA or Eterna movements respectively. 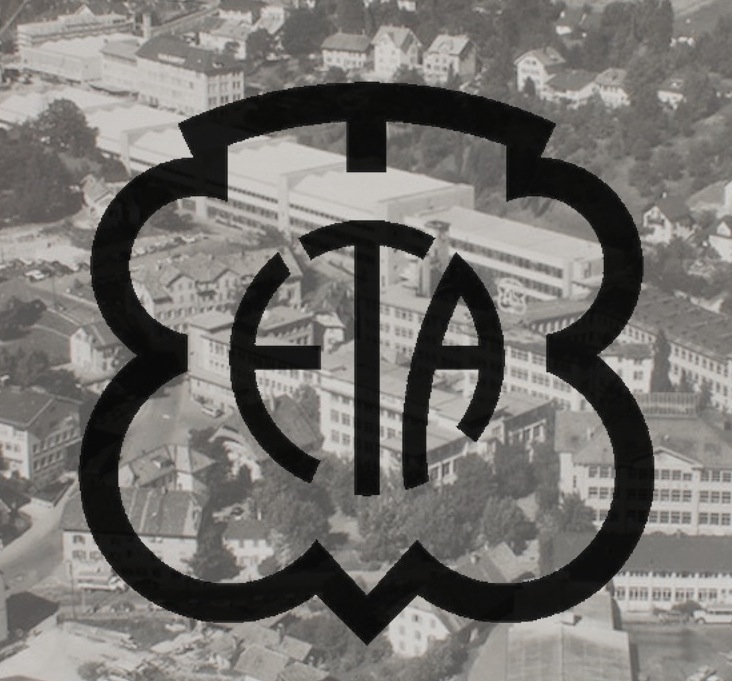 Eterna continued to craft products of precision, while ETA was the name of the production sold as raw movement. The quality if the two companies were obviously not the same. There is no doubt that the Eterna movements were once superior to the ETA. One thing remains true – all technology used for making the movements was the same.

In the 1930s, Rolex developed the first automatic caliber that rotated 360° instead of the former 300° degrees. With this invention Rolex became a very special watch due to a very special technology. For a short period of time, an automatic Rolex watch was considered superior to all others watches. However time caught up with Rolex in 1948, as Eterna presented the world to the new and revolutionary designed automatic caliber.

Eterna had particularly been focusing on improving the clockwise energy supply of an automatic watch. By 1948 Eterna had found the ultimate design for their automatic watches. The main secret to the design was adding Eterna MINIATURE BALL BEARINGS under the rotor – the central rotor technique is still used by watchmakers today. The placement of the bearings made it possible to provide the necessary support and balance to the rotor, which made the watch operate smoothly and reliably even under extreme conditions. From 1948, five ball bearings have marked the brand’s official emblem as a reminder of the invention.

Eterna-Matic became the new name for all automatic watches produced by Eterna. The Eterna-Matic movement was not just an important invention in the company’s history, but also represents a groundbreaking step in the evolution of the entire watch industry. The technology took the art of watchmaking to new levels and construction and placement of the ball bearings soon became a contraption that all the other watch companies tied to copy.

The Eterna-Matic was known to many as the absolutely best watch for outdoor adventures. The watch model had an era of 50 years, as the first was produced from 1948 and the last produced in 1998. An Eterna-Matic from that period is definitely a watch worth checking out the next time you consider to getting hold of a vintage watch.

KonTiki was the name of the balsawood raft used by the Norwegian explore Thor Heyerdahl, as he together with his crew crossed the Pacific in 1947. He set out from the Peruvian coast heading for the Polynesian atoll.

The journey was Thor Heyerdahl’s way of proving a scientific point claiming that the inhabitants of the Polynesian atoll originally descended from Peru. The journey was to last 101 days and nights before Skipper Heyerdahl reached Polynesia and proved his point.

Essentially for the operation to work, each one of the crew members had been equipped with an Eterna watch to keep track of time, tides and destination. These watches never left their wrists as their survival could depend on it. As they accomplished their mission in 1947, their success gained them a place in history. 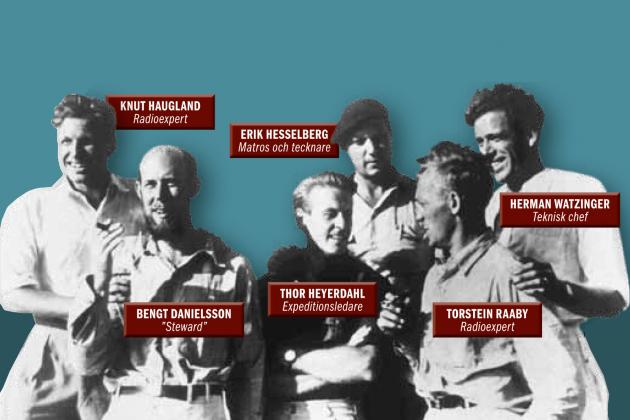 In 1958, this triumph was celebrated as Eterna launched a watch line which shares the name of an Inca Sun God and the balsawood raft Thor Heyerdahl used in 1947 when crossing the oceans to proof sceptics wrong. The watch line was to become Eterna’s most ruggedly, reliable edition. 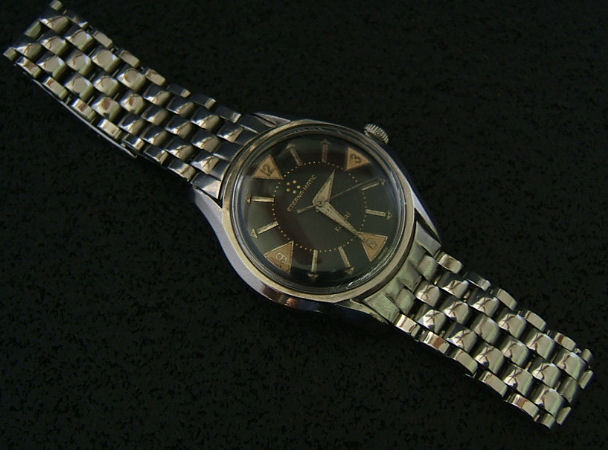 The watch was superior to other watches in all ways as it was water resistant to more than 200 meters due to its screw down case back. The case was built for an exceptional robustness and stands out by having the KonTiki icon cast on its back case. 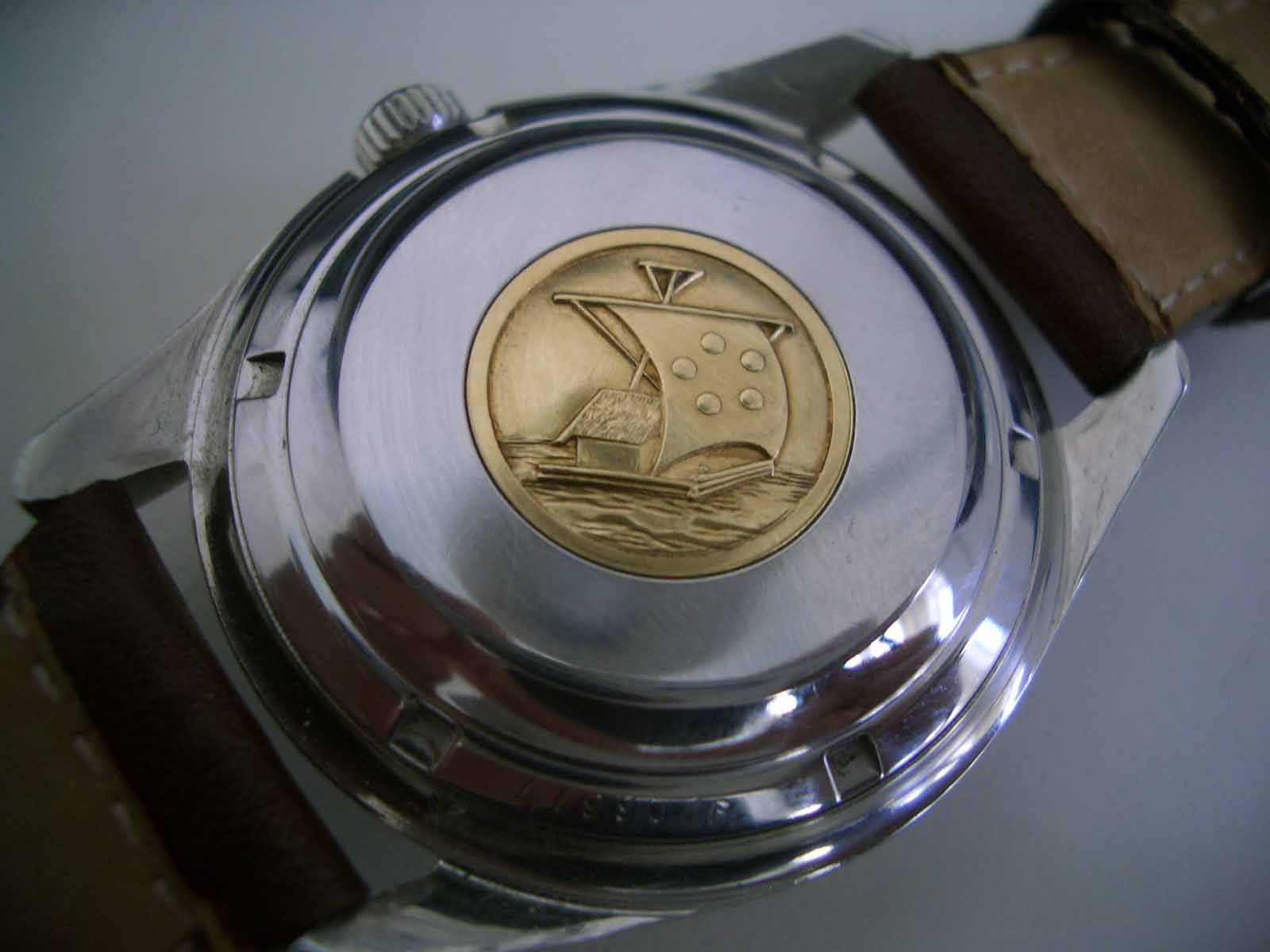 The Eterna KonTiki has for more than half a century demonstrated exemplary toughness, water resistance and precision on the wrist of countless other adventurers. If you want to se if we have any Eterna KonTiki’ available at the moment then check our webshop right here. 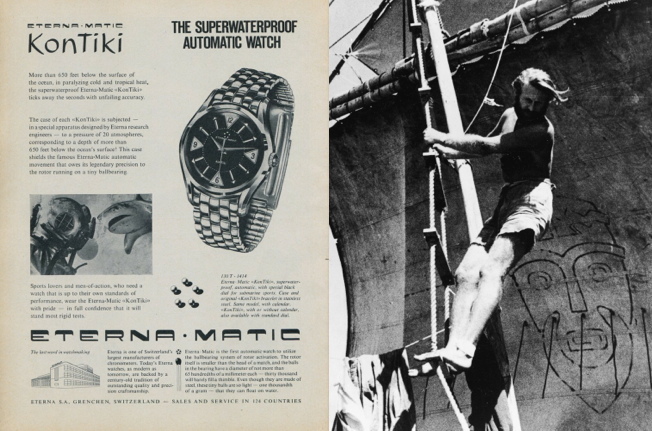 Borders? I have never seen one. But I have heard they exist in the minds of some people.