Home Archive by category "UNDER THE HAMMER" 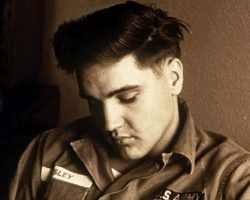 A King’s Watch under the hammer

A King’s Watch under the hammer   Elvis Presley’s Omega Constellation     Elvis Presley was one of the most significant cultural icons of the 20th century he is often referred to as “the King of Rock and Roll”, or simply, “the King”. To WristChronology The King is not only to be remembered for; an amazing vocal; […]