Home ABOUT A BRAND The Certina Legacy

In 1888 two brothers – Adolf and Alfred Kurth – joined the watch industry by establishing the company – Kurth Frères SA – in the small Swiss town of Grenchen. At that time the watch industry had already been blooming and booming for decades. A fact that didn’t seem to have scared the two brothers, as their go-to-market-strategy was to supply the existing watch industry with high quality movements. 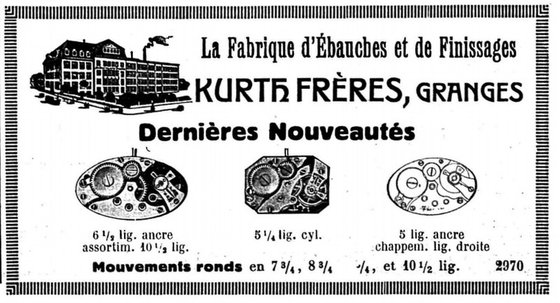 During the next 70 years this choice of strategy would turn Kurth Frères SA into one of the leading companies in the art of watch making. 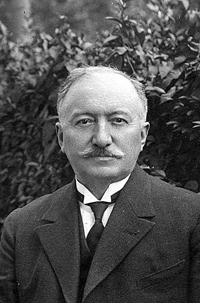 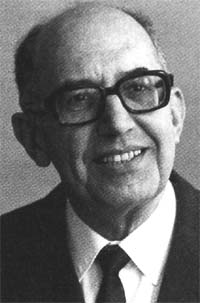 From Kurth Frères SA to Certina

The first years around the company – Kurth Frères SA – did not make watches of their own. Instead the company supplied the industry with watch movements for other companies to case, dial & label. In 1906 the company changed its name to Grana from which the company’s first & fully in-house watch was manufactured.

Adolf and Alfred Kurth made the company’ first fully in-house made watch in 1906 and called the brand Grana which is the latin word for Grenchen.  In 1938 the company could celebrate 50 years in business used the occasion to changed name from Grana to Certina. Certina was easy pronounced in most languages but the name change was furthermore an early indication of Certina’s new strategy, which was to expand to markets outside Switzerland. In 1948 Certina could celebrate its 60th anniversary and declare the company’s first foreign branch open.

In the mid 1950’ Certina began preparing for the companies 70th anniversary with the making of a new watch. The mission was – desirable, brave and obviously simple – to design a wristwatch as unbreakable as possible and suitable for all kinds of sports.

Through years of experimenting with design, material & composition the watch was finally ready in 1958. By the hands of Hans & Erwin Kurtz the watch was given life under strictly guidance from the company’s head of engineering Philipp Kurth. The unbreakable watch was given the name – Certina DS. 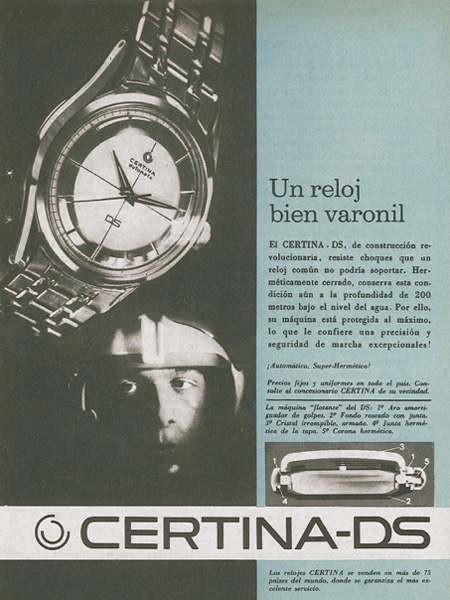 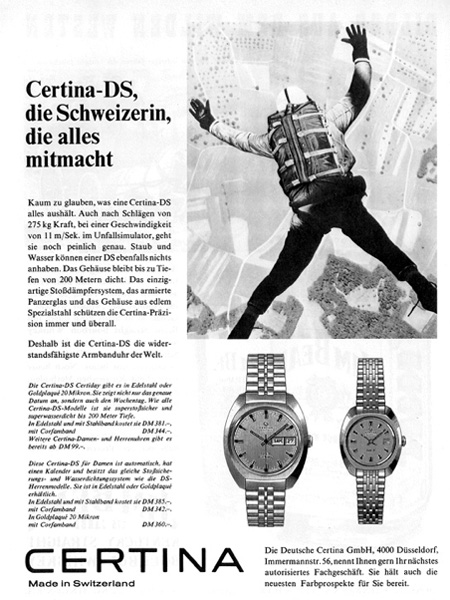 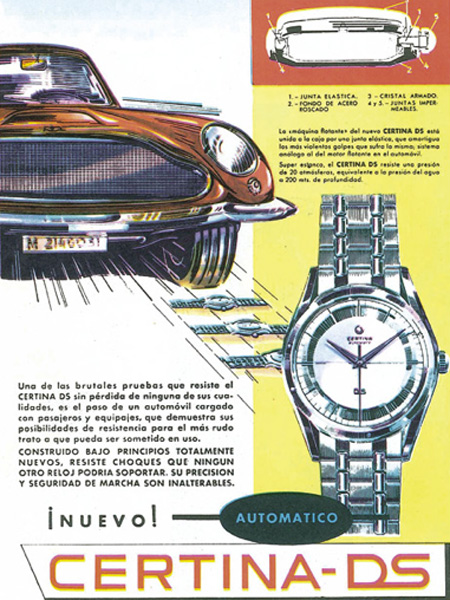 The Certina DS concept was groundbreaking and superior to all watches at that time. The DS stand for Double Security (aka. Double Safety) and was unique in the way the watch movement was enclosed in a highly stable and dense solid stainless steel case.

The secret of the design was that three main components; the case, the movement and the dial never came to touch one another as each of them was separated by an air gap or a rubber gasket. The highly intelligent design of the Certina DS made it possible for the movement to move in all possible directions. Furthermore the shock absorber was elastic, which allowed the entire movement to flow free and able to absorb maximum impact.  – An invention, which placed the conventional Incabloc in the category: “So last year”. The Certina DS movement was double sealed and equipped with a sheathed Plexiglas four times as thick as normal and had an enhanced back case to improve perfection. 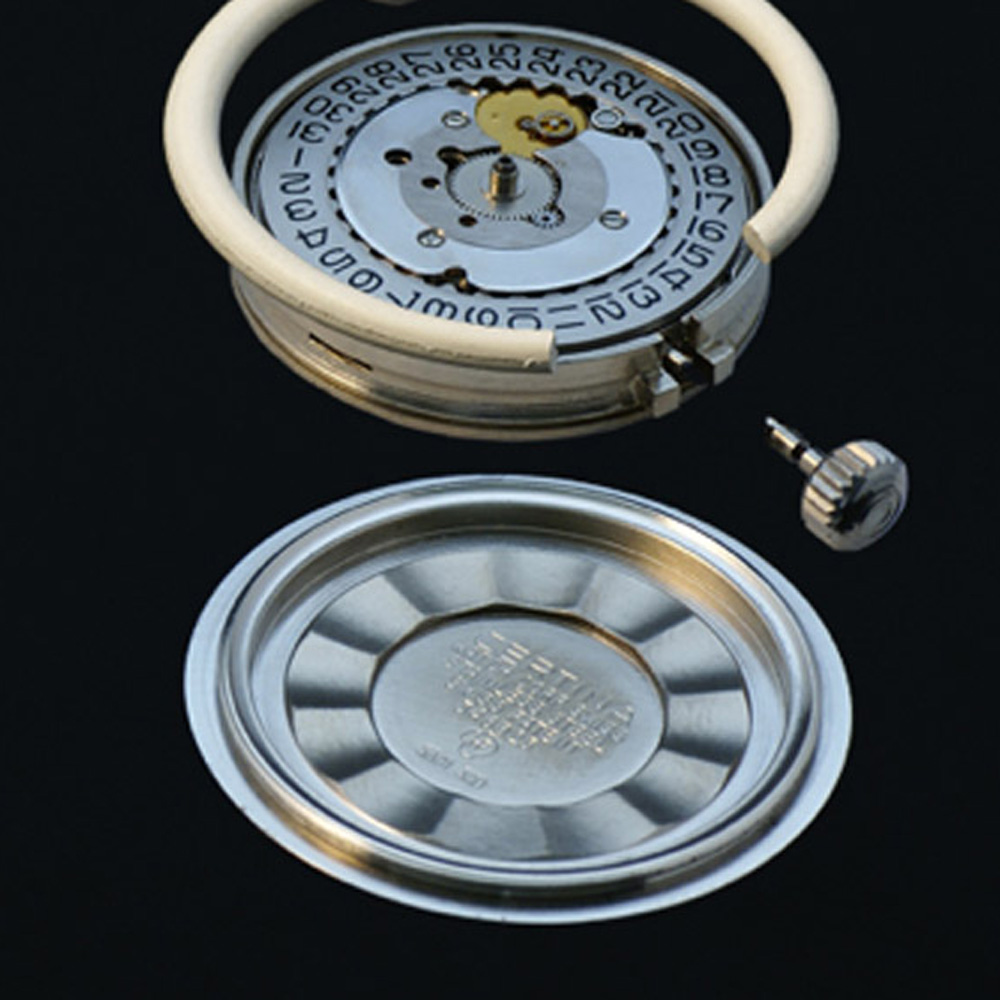 The high level of engineering made the Certina DS watch able to resist a free fall from 6 meters – in the late 1950’s the best watches exiting on the market was only able to resist a free fall from 1,8 – to a maximum of 2,2 meters. Water-wise the Certina DS concept became a mindblower by improving the possible degree of water resistance to a depth of 200 meters and keeping it fully functional.

– To sum it all up the Certina DS concept took watch making into a to a new era and left Certina in a leading position for more than a decade.

Certina DS – the summit of Dhaulagiri

In 1960 Certina made a genius move by putting Certina DS to the ultimate test. By doing so the company wanted to prove that Certina DS was unbreakable not only in theory but also in practice. The company therefore equipped an entire Swiss expedition of mountaineers with Certina DS watches and let them to the task of exposing the watch against maximum wear and tear, changing climates and conditions. 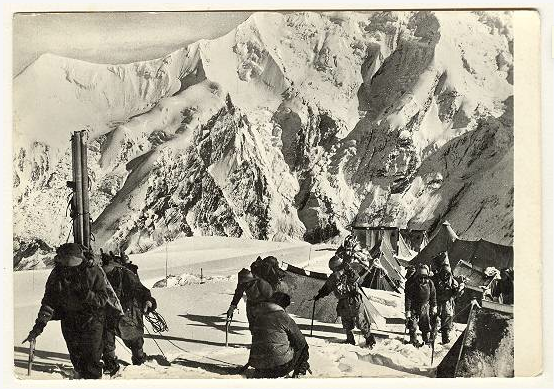 The mission was to be the first expedition ever to summit Dhaulagiri (8222 meters), situated in the high Himalayas. The expedition fulfilled its mission and so did the Certina DS, which trough out the race to the summit withstood all impacts, changing pressure and altitude. Getting to the summit of Dhaulagiri proved Certina DS worthy of the title as the most shock resistant watch the world had ever seen not only in theory but also in practice. 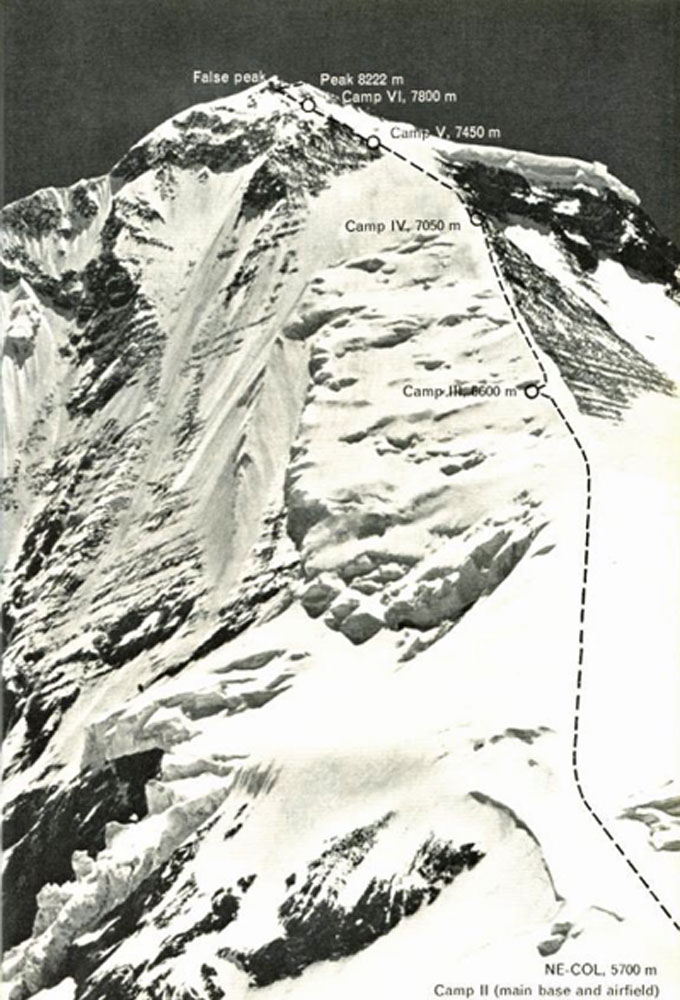 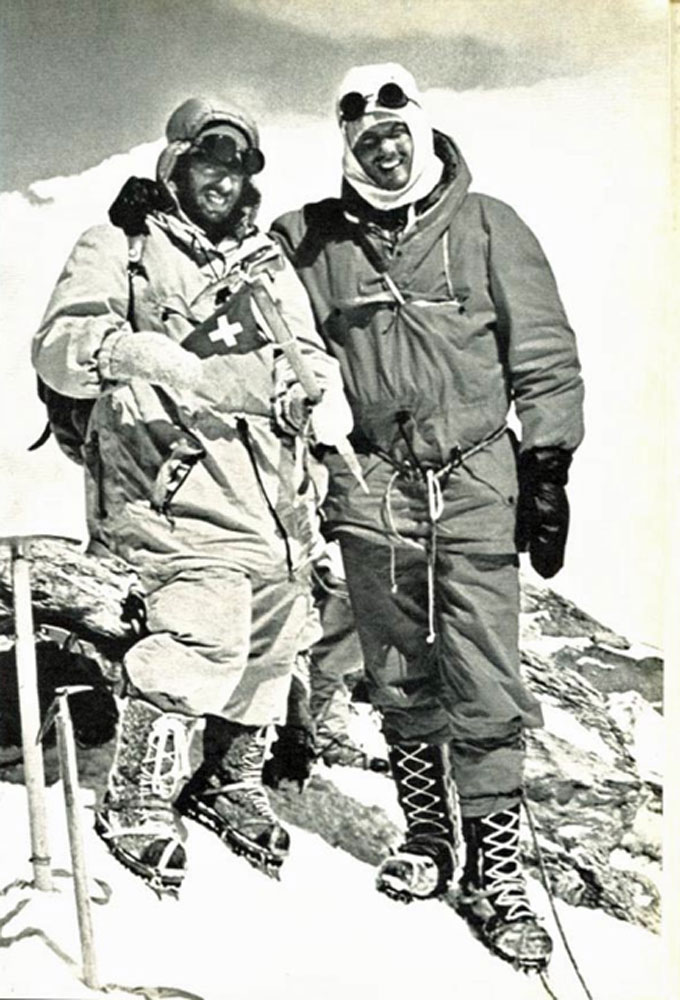 In 1983 Certina merged with SMH (later to be known as Swatch Group) and from that day all on watches to leave the company’s production hall did so with out the well-reputed & high quality proven in-house movement made entirely by Certina’ own staff. As a result of the merge Certina stopped the production of movements and continued their business by insourcing high quality ETA movements. The ETA movements were mass-produced movements and sold to most of the companies in the SMH Group as they all were considered sister companies and therefore allowed to share supply chain to gain higher profits.

Since Certina merged with SMH group the company has lost its status as the watch industry’ frontrunner innovation- and quality-wise. A fact, which could be explained as Certina from 1983 began insourcing ETA movements and therefor stopped the entire production of their famous in-house Certina made movements. The capability of creating something truly unique often lies in the ability of turning theory into practice – Certina lost that capability by change of heart (movement) in their watches. A change that most certainly sat and limit to Certina’ future ability on evolving the watch industry.

One thing is for sure – the company’s huge knowledge on watch making, which was passed down from Kurth to Kurth and from generation to generation ended its circle in 1983. A year which left company in a shadow of what it once was and what it could have become.

if  you are into vintage watches and would like to know more about the watch industry’ pioneers or other tales of time –  then give our Facebook fanpage a “Like” and be among the first to see our see or new watch releases and articles.